A day like today, but in 1911, the explorer and professor Hiram Bingham scientifically discovered the city of Machu Picchu. One hundred years ago, one of the most fascinating cities in the world was discovered (or rather rediscovered), the city of Machu Picchu, an Andean-Inca town located in Peru, where great emperors would have spent their resting time hundreds of years ago. , leaving a site that is admired by the engineering and architecture that was used at that time, and that is visited every year by hundreds of thousands of people. 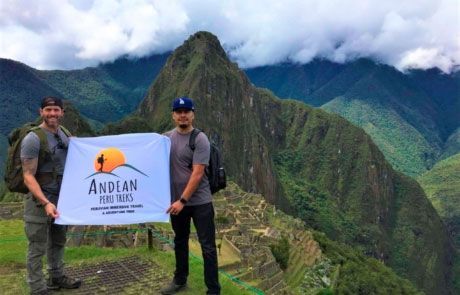 It is believed that the Machu Picchu region had a human presence from 760 BC. when certain mountain populations were commissioned to expand their agricultural region to a privileged area and that today is a cultural and ecological group protected by UNESCO, however, the first buildings date back to the 1440s, when Pachacutec, who was the first Inca emperor, conquered the area and built the first buildings with great luxury, where it is believed that lived a privileged population and close to the emperor.

The current tourist complex is impressive for several reasons, including the engineering used for its construction, which includes a drainage system that allowed the city to remain in perfect condition despite the constant rains in the area.

Machu Picchu, which today is celebrated by Google with a scribble, is considered since July 7, 2007 as one of the new wonders of the modern world, where more than 100 million people gave their vote.

Bing.com changes its wallpaper daily with images of the most remarkable places in the world and this time Machu Picchu was chosen. In this way, the search engine also pays homage to the Inca fortress in the year in which the centenary of its scientific discovery is celebrated