What is the Inca Trail?

The millenary network of roads that created an empire

The network of Inca roads (Qhapaq Ñan) is considered one of the best engineering works that exist; helped turn a small family caste into the largest empire in the Western Hemisphere. The Inca Trail to Machu Picchu combines history with its new purpose, being one of the best walks in the world.

The impressive network of roads of the Incas had an initial length of 60,000 km and joined territories of the current nations of Colombia, Ecuador, Peru, Bolivia, Chile and Argentina. 39,000 kilometers survive to this day. The Inca road to Machu Picchu is one of the best engineering works, made entirely by hand, without knowing of the existence of the wheel or the iron. Ironically, it is possible that it will also accelerate the invasion process; The Spaniards could reach all corners of the empire.

The Incas knew one or two things about water

Machu Picchu is the amazing Inca city of Machu Picchu that is visited by around 3,000 people per day, is built in the middle of two mountains and is one of the most energetic places on the planet, but there is something that most people do not know; the wonder does not end with constructions like the temple of the sun or the temple of the Condor, the wonder continues below. Machu Picchu was built on complex systems of canals, drainage and underground irrigation, preventing the heavy rains of Amazon rainforest from damaging its more than 150 structures, its agricultural terraces on the slopes of the mountain, or the network of roads that reached she.

The complex system of channels and drainage of Inca road

This same amazing way of draining the water was used on the Inca trail and has allowed it to continue to this day. In almost all Inca buildings you can see a true display of the great dimension and understanding that the Incas had of the water, and how they applied it when constructing their cities, roads and so on. Every year the water destroys hundreds of modern roads. But the network of Inca roads has been maintained for hundreds of years, in most cases without any maintenance. 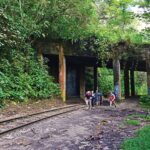 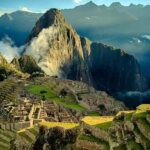 We can guarantee your Machu Picchu tickets or, if you wish, we take care of the entire itinerary; Ho. 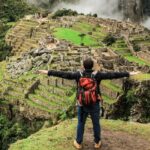 to buy the Machu Picchu Ticket, The identity card or passport are the basic documents to access Mach. 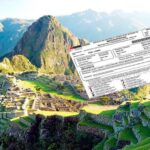 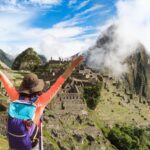 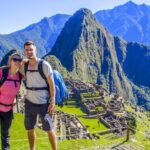 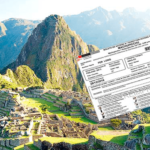 Tickes to Machu Picchu there are 4 types of tickets. Each of them offers a totally different experie.