When you book with an account, you will be able to track your payment status, track the confirmation and you can also rate the tour after you finished the tour.
Sign Up
Save To Wish List

When you book with an account, you will be able to track your payment status, track the confirmation and you can also rate the tour after you finished the tour.
Sign Up
1060

We leave early in the morning to the northwest of the city of Cusco (3350m) in our transport to the village of Cachora (2850m). Cachora is the meeting place with the muleteers and their mules who will carry the camping equipment throughout the expedition. The presence of the Padreyoc mountain is spectacular, with a very strategic viewpoint known as Capuliyoc (2800m); and in the depths of the Apurimac canyon. The temperature rises every time we enter the canyon and our campsite is in the Chiquisca forest (1930m).

We hike for 6 hours in a warm climate with mosquitoes.

After having enjoyed our breakfast, we begin to descend approximately 30 minutes to Rosalína beach (1500m). From there we will begin the ascent to leave the canyon as soon as possible in the middle of a warm climate to the village of Marampata (2850m), where we will have a beautiful view of the archaeological complex of Choquequirao and a very cool environment. The enigmatic sunset of Choquequirao will allow us to observe with a little luck the flight of «Condor», which descends from the highest mountains of the Cordillera de Vilcabamba to the archaeological complex of Choquequirao (3033m). Place where we will be able to camp.

Hiking time 7 hours in a warm climate with mosquitoes.

We will observe the sunrise over the archaeological complex of Choquequirao or «Cradle of Gold»; therefore, the company of a professional guide will facilitate the presentation of the history, architecture and recent excavations found.

Choquequirao (3350m) holds many ancient secrets, as currently only 30% of the complex is restored. This project could be completed and presented in its entirety in a few more years as even its main function is still a mystery in the middle of a tropical jungle that holds many ancient secrets. After the visit, we head to Choquequirao pass (3270m), then to the ruins of Pinchaunuyoc 2450m and from there we will descend to the deepest part of this small canyon known as Rio Blanco (1900m), where we will have our comforting lunch and after a short rest we will start ascending for an average of 2 to 3 hours approximately through a tropical forest until we arrive to the hamlet of Maizal, place of our campsite.

Hiking time 8 hours approximately in a warm climate with mosquitoes.

Early in the morning after our breakfast, we will continue with the expedition ascending by a rough Inca trail due to the constant natural erosion of the mountain and the intense humidity that exists, we will pass by the Victoria Mines, where they currently extract silver; arriving then to the San Juan pass (4200m), from where we can observe a magnificent view of the mountains and glaciers of the Vilcabamba mountain range that are at more than 5000 m of altitude, such as Pumasillo, Choquetacarpo and Padreyoc. From there we descend to the community of Yanama (3530m), to set up a nice camp and have a comforting dinner in the middle of the Peruvian Andes.

Hiking time 9 hours in a warm and cold climate.

At dawn, after our Andean breakfast we will begin to climb to the highest point of this expedition known as Abra Yanama (4670masl). On the way it is very likely that we will observe the flight of the Condor, in addition to the presence of other mountains like the Salkantay (6264m), which is the highest snowy of the region, and Pintuyu (5450m), we will enjoy the fauna of the place like alpacas, vizcachas and birds like manacaraco and huallatas; then we will begin to descend for approximately 4 hours. The next camp is located in the depths of the Totora valley (3200m).

Hiking time 7 hours in a warm climate and mosquitoes.

Very early in the morning, after breakfast we will continue along an Inca trail, we will meet communities with ancestral customs and cultivation techniques for the good fertilization of their lands; these techniques have been transmitted from generation to generation to constantly improve the development of vegetables, tubers, fruit trees, etc.. The flora is increasing more and more due to the climate and humidity of this valley so we can recognize the great variety of Orchids, Bromeliads, Bomareas and others. Each of us is in an environment where the vegetation is better developed and tropical fruits are constant along the way, as well as the cultivation of coffee is in enormous proportions. The beach (2100m) or Lucmabamba (2020m) is the place of our camp.

Early in the morning, we will take the first bus to Machu Picchu Archaeological Complex (2400m) where we will have a guided tour. The excursion will give you enough time to enjoy the pleasant scenery. Either by the type of architecture and the meaning of Machu Picchu becoming an enigma that will leave you breathless.

At the end of the visit, the client will have time to recover or continue with the independent excursion to the summit of Huayna Picchu or the Temple of the Moon. And then we meet again with the whole group in the town of Aguas Calientes, before taking the train back to the city of Cusco.

The weather in Aguas Calientes and Machu Picchu is hot and humid with mosquitoes.

This is one of the many trails that crosses the incredible Andes mountain range. As such, it was featured in travel magazines and is being considered one of the top ten hikes in the world for its great biodiversity and wildlife. Most of the trail passes through the Andes and then touches the jungle where we will see local fruit plantations.

On this trip, we offer a selective and exclusive service. Our team members are trained and ready to fulfill all the activities and make your trip as enjoyable as possible.

This expedition will take you to two of the most important archaeological sites in the Cusco area: CHOQUEQUIRAO and MACHU PICCHU. Both cities were considered noble towns, and you will have the opportunity to learn about the legends and treasures they left behind in these majestic mountains.

These towns mark the beginning and the end of the Inca Society. Both cities were abandoned by the Incas before their conquerors could follow them and later found by explorers on expeditions in the Andes. During the hike, you will experience the legendary trails that were part of one of the oldest cultures in the world.

Choquequirao is located in the foothills of the Salkantay mountain range from 3035 masl – 6957 masl, surrounded by the snow-capped peaks; Apu Yanama, Ampay, Choquetacarpo, Pumasillo and Panta on the right side of the Apurimac River. Choquequirao is an Inca town consisting of many small sites that form a complex metropolis located on the crest of the mountain with the same name.

Not included in the tour

Breakfast on the 1st day, lunch and dinner on the last day.
Entrance fee to the thermal baths 10 soles (optional)
Sleeping bag
Extra horse
Drinks or soft drinks
Tips
Entrance ticket to Huaynapicchu mountain $ 75.00 / ($ 40 with ISIC card).
Hotel of higher category (if you require it)

We recommend this trek from April to November (dry season).

The Choquequirao 8 Day Trek (sometimes also known as Choqequirau or Choquekiraw) is known as the «sacred sister» of Machu Picchu due to its structural and architectural similarity. Recently, being partially excavated, it has awakened the interest of the Peruvian government to further recover the complex and make it a more accessible alternative for tourists interested in learning more about the culture at Choquequirao, considered the last Inca refuge.

This archaeological complex resisted the Spanish conquistadors for decades. You can appreciate the grandeur of his work with perfect architecture and aesthetics. It is part of the system of Andean citadels of the Vilcabamba Valley. In Inca times it was linked to the archaeological group of Machu Picchu with a complex network of Inca trails.

It is currently visited by tourists and scholars of world history. Its high jungle flora and fauna and its topography also attract the attention of visitors. This archaeological group has several Inca constructions and for this reason was declared Cultural Patrimony by the governments of France and Peru.

Finally we will arrive at the Inca citadel of Machu Picchu, a marvelous work of Inca architecture; the circuit is full of natural attractions that give the visitor a unique sensation of adventure in direct contact with nature.

NOTE: Entrance to Waynapicchu mountain must be confirmed at the time of booking as it is subject to availability (maximum 400 spaces per day). 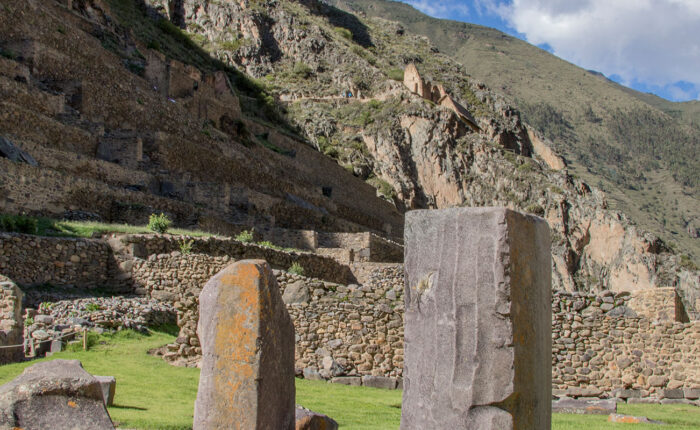 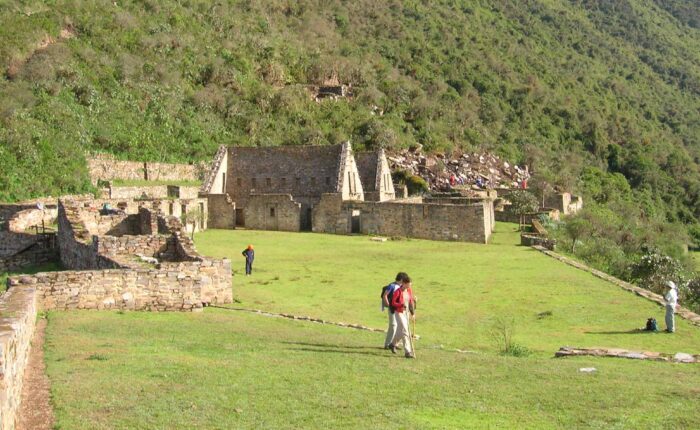